And don't forget the Dow Theory is trend following!

Trend following works, BUT you must be willing to accept that most trades will be small winners, and some will be losers. Eventually, if one is patient, one strong trend will emerge, and profits on that trade will make for all small losses and then some. 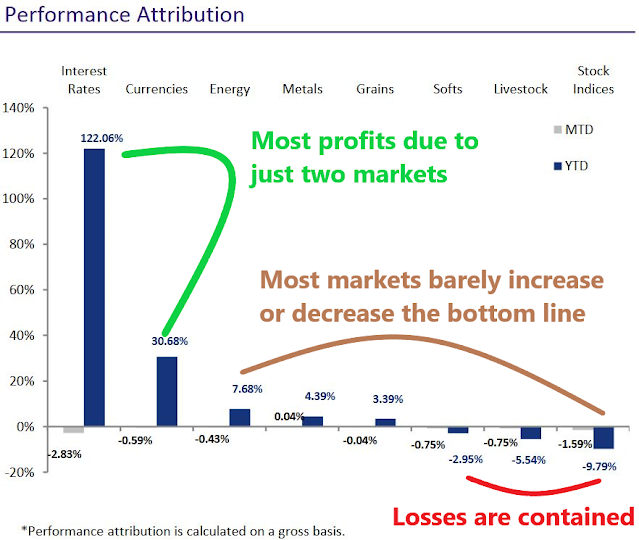 Interestingly, a significant chunk of this stellar performance has been due to only ONE market: Interest Rates (going short) which made 122.06%. Currencies (the strong dollar) were also a decent winner with a 30.68% profit attribution. And what about the other markets? Typical trend-following pattern: small profits mixed with small losses.

No one knows when the big winning trade will emerge. Hence, we must take ALL trades, put our ego aside, be consistent, and not throw in the towel when the inevitable drawdown pops up.

In a previous post, I also explained the dark side of trend following (the drawdown) and how to deal with it:

Posted by The Dow Theorist at 3:37 PM